Wang Maigan Wang Maishao (1921 ~ 2002), formerly known as Wang Xingtang, under the pen name Maishao, a modern printmaker. Born in Zhaoyuan, Shandong in 1921. During the War of Resistance Against Japan, he determined to use woodcuts as weapons and took the pen name "Wood Leather". At the age of 19, he was thrown into a cell for creating the woodcut of "The Atrocities of Japanese Invaders". After that, he was arrested twice, but he was determined to make the content more sharp. Chinese name Wang Maiguan Date of birth 1921 Born in Zhaoyuan, Shandong Date of death 2002 Alias ​​Wang Xingtang Nationality: Chinese Professional painter Wang Maigang used to be the art instructor of the New Fourth Army, the cadre of the Propaganda Department of the Second Field and Five Corps, the vice chairman of the Guizhou Artists Association, the professor of Tianjin Academy of Fine Arts, the postgraduate tutor, and the consultant of Tianjin Artists Association and Tianjin Academy of Painting. Woodcut works such as "Nanjing Mass Grave", "Returned Father" and "Fuji Mountain Meeting". He has held painting exhibitions at home and abroad. Works are included in the "Complete Works of World Art"

2 weeks ago In Vintage Collectibles
Ask your seller for delivery. Stay safe at home. 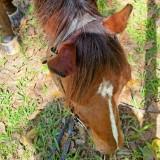