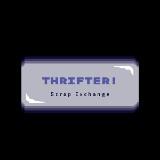 Games, Electronics & Collectibles Hi ! Feel free to check out the stuff. And don’t forget to leave us your feedback !

Note : This is not official product but very close ( refer to pictures ) ‼️ORDERS ON THE WAY, THANKS FOR THE SUPPORTS ‼️ Style your bagpack like Ellie does ! #tlou2 #ps4 #pins #thelastofus

The belt working well, 2 x AA batteries are required. Box condition 6/10, Please refer the pictures Belt Condition 9/10, Got visible scratch on the bottom of the belt but will not be seen most of the time,because it is hidden at the bottom Dai Shocker !! #kamenrider #bandai #belt

Product size: 10 * 8 * 5cm Features: - Steady Base: Provide the most stable hold for your NS. - Thoughtfully Design: Anti-Slip and anti-scratch stand. - Superior Stability: Perfectly design mount base is a great match for NS, the docking station can hold your device stably and safely. Packing list:

Angels and Airwaves - ... Of Nightmares

Secret Wars II is a nine-issue comic book limited series and crossover published from 1985 to 1986 by Marvel Comics. The series was written by Marvel's then Editor-in-chief Jim Shooter and primarily pencilled by Al Milgrom. The series was a sequel to original series Secret Wars, published in 1984 an

The Termite bites off even more to chew! Stark goes to the government to find a way to safely stop him! Iron Man takes off to find a deadly way to stop him! Guest starring: the Scarlet Witch! #marvel #ironman #comics

The relationship between Tony Stark and James Rhodes continues to deteriorate! And Rhodey, still plagued by headaches, thinks the ex-Shell-Head is trying to subvert his career as Iron Man! While Tony is shocked to learn that Rhodey has joined the West Coast Avengers! But before the former friends ca

With Iron Man's behavior becoming more irrational each passing day, Tony Stark decides that he needs a contingency plan in case Rhodey goes rogue! So to that the end, the former CEO of Stark International builds a rudimentary suit of armor (based upon his original design)! A few days later when Shel

It is Terry and Donna's wedding day, and at Dayton Estates, a besieged Gar Logan frantically supervises the preparations. Of those invited, only Raven, slowly being overcome by evil urges after overextending her powers, is unable to attend. The ceremony begins as Dick Grayson leads the bride-to-be t